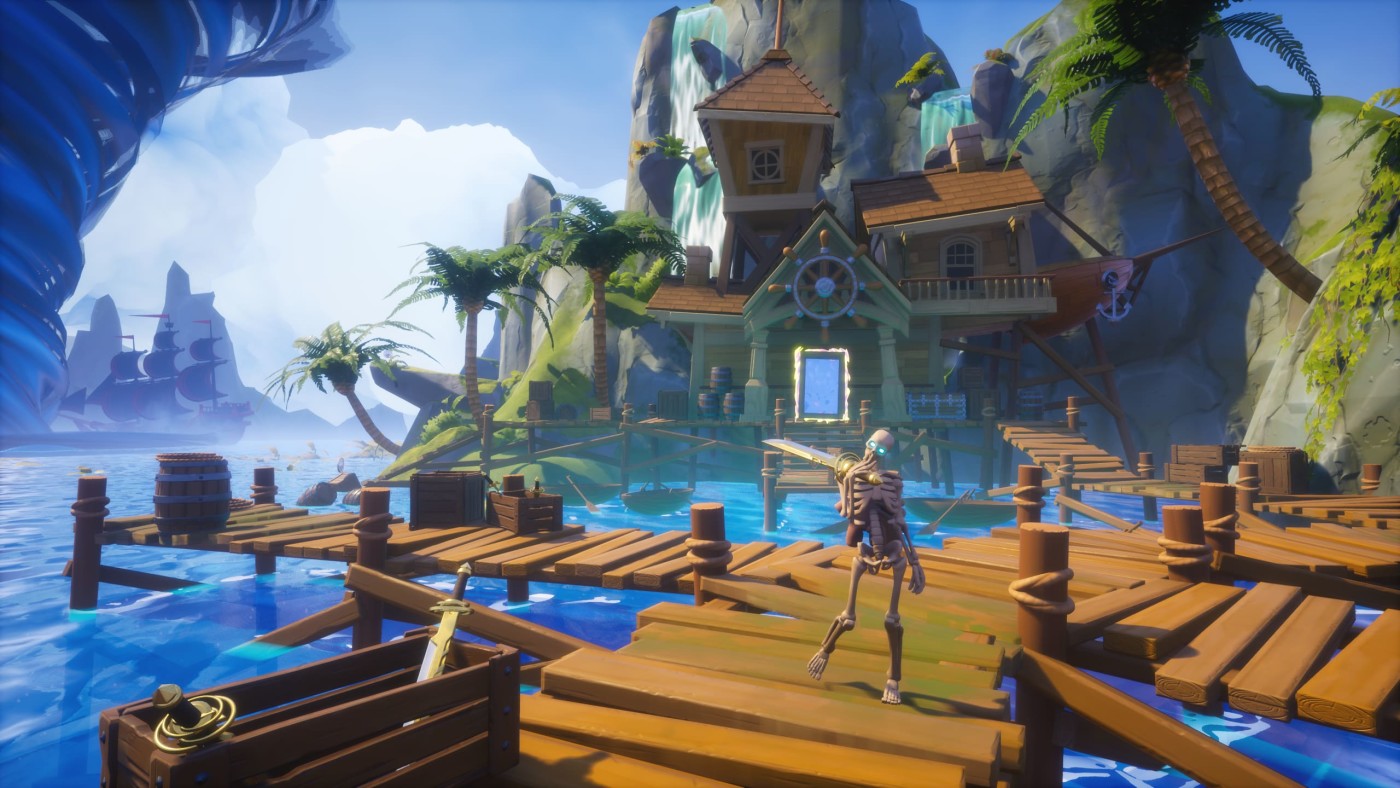 Much of the gaming and tech press got its first look at Core last month with the launch of Open Alpha, and so far the response has been overwhelmingly positive. Journalists have been impressed by Core’s wide array of game creation tools and what the platform could mean for the future of gaming.

The breadth of appeal of Core was apparent to many from the outset. “Core should be approached two different ways,” wrote Michael Wieczorek of Heise. “From the point of view of the player, who can play and rate the creations of others. On the other hand, users can also be active and create and enhance games themselves."

Whether they approached it from a player or a creator perspective, journalists appreciated Core’s game-changing potential.

From a creator point-of-view, reporters noted the ease and speed with which anyone can create games using Core. Patrick Shanley of The Hollywood Reporter shared how users can drag and drop pre-made shareable assets and quickly put together a game. “The process is nearly instantaneous, quickly rendering the assets into the creator's map,” Shanley wrote. “When satisfied, the user simply clicks ‘play’ and the game is ready to go immediately.”

But it’s not just Core’s simplicity. The customizable nature of the platform has also been praised across the board. “Don’t like the way a rock looks?” Shanley asked. “Add a gold sheen to it. Notice those palm trees? Well, they're actually a column with ferns attached on top, something made by another creator and now available as a packaged, finished ‘palm tree’ for all other creators.”

The Verge’s Andrew Webster echoed the sentiment. “What makes the process so quick is that Core provides many of the more time-consuming aspects of game development,” Webster wrote. “[W]hile watching it in action, it appeared fairly intuitive and shockingly fast. At no point did I see a single line of code.”

Many highlighted, though, that Core has something to offer developers of all skill levels. “Programming skills are not required, but Core’s opt-in complexity lets more experienced users script game logic, create assets, and more, to produce original games,” wrote VentureBeat’s Dean Takahashi. “Or creators can remix and reimagine any content shared by others on the platform, generating new mash-ups within the community.”

Mashable’s Adam Rosenberg similarly called out Core’s potential as a collaborative tool: “Something that's really cool about all of this is the collaboration that it breeds. Creators who make something cool in Core, like a certain 3D model, can put it up for other people to use and iterate on.”

In fact, a lot of journalists were quick to note how Core’s opt-in complexity encourages a tendency among its community to build on the work of other users. “The best example we saw of this tendency was a portal gun,” said Matthew Handrahan, editor in chief of GamesIndustry. “The portal gun was created by a user who knew enough Lua to write it into existence, and now everyone can use a portal mechanic in their games.”

And that ability to instantly move through portals into completely distinct and unique games had a lot of media excited about the potential of creating a networked multiverse of content.

The Hollywood Reporter highlighted the portals as “one of Core’s most innovative features,” and Mashable echoed the sentiment by pointing out what a great tool the portals are for keeping the action moving. “[I]t also loads the new levels really quickly, which was impressive to see.”

GameSpot’s Alessandro Fillari called portal jumping “a lot of fun to watch unfold.” He added, “[I]f you want to switch things up without leaving the game, you can seamlessly hop over to different levels via an in-game portal, no matter how different they are.”

Fillari saw the potential that Core’s interconnected multiverse has for players, writing that it has the makings of something “tailor-made for the streaming, YouTube, and TikTok era of online entertainment,” and that “it'll be interesting to see how far players can push the mechanics, and where it can go from here."

Ultimately, this optimism about what Core could mean for game development permeated much of the media coverage. “It's this wild west of creationism that gets a lot of people very excited to see what comes next,” wrote Sean Murray of TheGamer.

“[W]hat they're doing could change the way that the world makes games.”